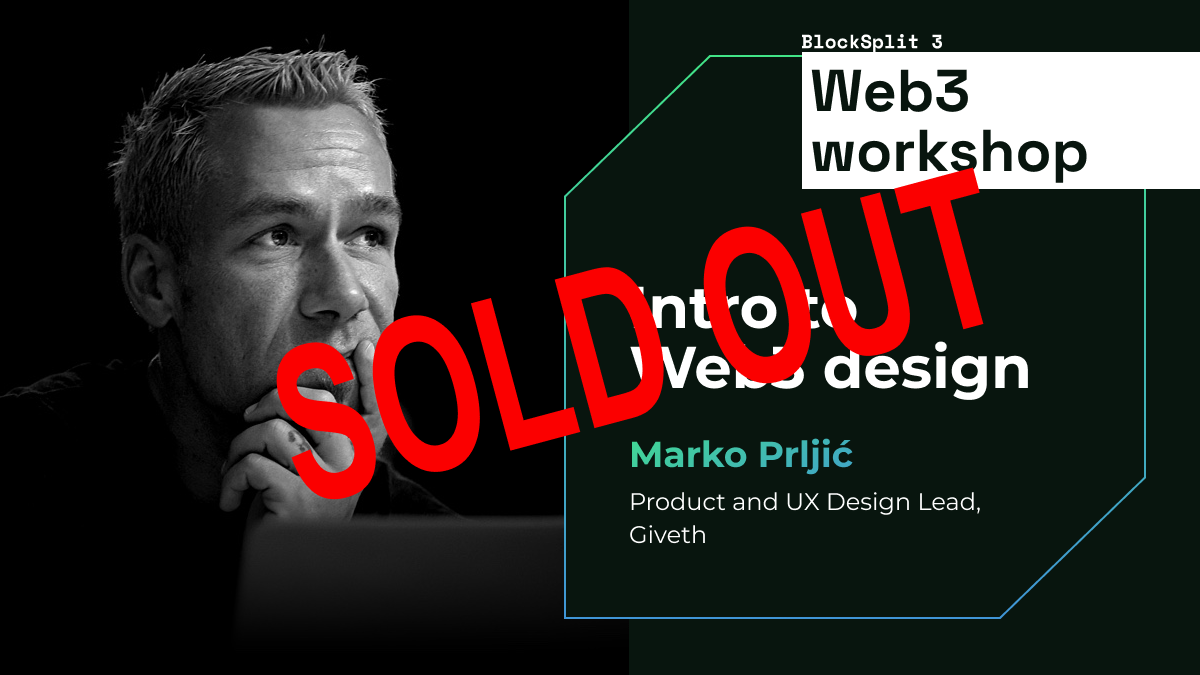 To gain foundational knowledge and resources needed to kick-start your career in the Web3 space.

Whether you’re a beginner or seasoned design professional, if you want to work with the cutting edge technology and looking to develop your career in the Web3 space then this is the right place to be. You will gain fundamental knowledge in order to begin your journey as a Web3 Designer.

Furthermore, through some practical examples you will learn how to approach technical aspects of blockchain protocols and look through a lens of a Web3 designer at the implications technical constraints have to the user experience, and the decisions you have to make during the design process.

We will be covering:

This workshop is for you if:

Being among first designers in the Web3 space, Marko is actively contributing across all aspects of Web3 technology and product design, onboarding, educating and mentoring new designers transitioning in this field.

He started his career in digital consultancies as UX Designer, Product Designer, later Design and Project Manager, and finally served as Design Principal in the leading blockchain infrastructure and development company, Consensys .

UBIK - Croatian Association for Blockchain and Cryptocurrencies, is a non-profit organization for advancing usage of blockchain technology and cryptocurrency.